The first inhabitants in Sauris came from an area very similar to the one they colonised. They also carried out characteristic activities of the alpine agricultural-pastoral system in the new community they founded. The resources offered by the territory allowed them to develop a relatively independent economy.

The woods in the valley provided the wood required to build houses, stables and hayloft, agricultural equipment, carts, utensils and work tools.

Fields were exploited for cultivating crops, but above all for forage, since livestock breeding and the production of dairy products were the main activities. The hay from the nearest fields was taken directly into the haylofts, while that from the fields located further away was temporarily stored in small haylofts halfway up the hill (hitn), it was harvested and transported into town by sledges during the autumn. During the summer months, the cattle was taken to the rich meadows at a high altitude, as was customary done by the mountain shepherd. In the previous weeks, the mountain shepherd allowed the cattle to graze freely in the fields that were close to the towns, and then in those halfway up the hill, where the families moved to for a few weeks to stay in the country-style “stavoli” (anschichtn = shelters), with adjacent accommodation. The same could happen when returning from the mountain pastures, if the season was good.

As regards the crops, the few species used for food purposes that could be cultivated in the rigid climate and with short ripening times. In the fields located close to the towns, barley (gerste), rye (rouke), oats (hober), buckwheat (hadn), turnips (ruebn), beetroot (piesslburzn), broad beans (poan), head cabbage (kheipflan), but also linen (hoor) and hemp (henaf) that, together with the wood provided by sheep, were spun and weaved on-site. 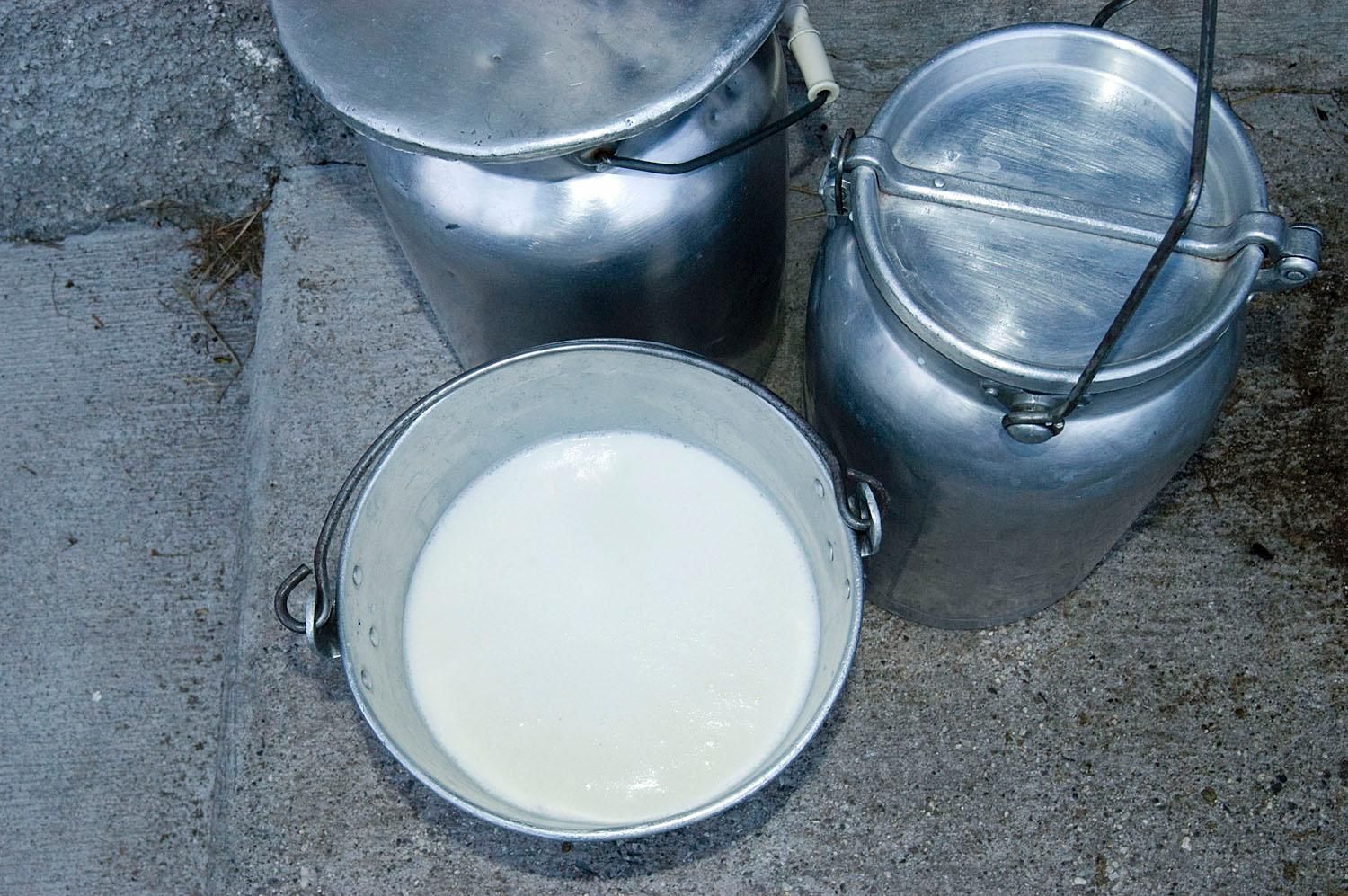 The need to be as self-sufficient as possible forced the inhabitants of Sauris to use their ingenuity to create the main, daily used products on-site. Carving and woodworking were carried out by most men, who, during the winter devoted their time to carpentry as well as the construction and repair of equipment, furniture and tools. The most skilled carved intricate objects such as “dàlmine” (wooden clogs, called “khöispn” in Sauris) and carnival masks from maple and alder. A high level of specialisation was required also in activities carried out by blacksmiths, weavers and tailors. In each district, there was a forge (schmite), in which the blacksmith forged the iron parts of the tools and means of transport (carts, sledges). This craftsman carried out also the functions of the farrier. Garments and linen were all packaged in the valley. The women prepared the yarn (linen and hemp were locally cultivated together with wool). Instead, weaving was a traditionally male artisanal activity. Until half way through the 20th century several weavers were still active, who produced fabrics which were subsequently worked by the hands of expert tailors (to produce men’s suits) or tailoresses (those for women and children). Until the 20th century, also some hydraulic factories were operational, which exploited the wealth of the watercourses in the valley: mills, sawmills and cableways. 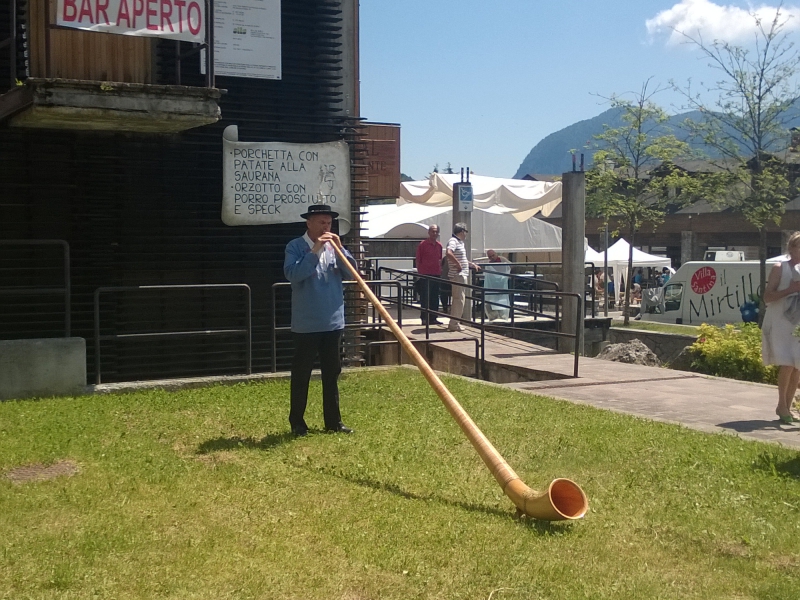 Either on foot or by carts and sledges to barter products

To obtain foodstuffs that were not available locally (in particular salt, that was indispensable for the preservation of food), when the inhabitants of Sauris were not busy working in farms or in the mountain pastures, they went on foot, by cart or sledges to the nearby towns to barter or sell their own products. Fulgenzio Schneider effectively described this exchange system: “The trade of exporting dairy products and importing cereals started in this way and this business was already at its height towards 1870. […] The exchanging of goods was carried out mainly during the winter and transport was carried out using sledges and on men’s, women’s and children’s shoulders and usually Monday was the day of the week that was set for this activity. Long queues of people followed as if they were in a procession, that set off from Sauris shortly after midnight, with lanterns lit as if to illuminate the strenuous Mount Pura. No-one even took the cold or a snowfall into consideration, unless it was too abundant, and not even if the path wasn’t so good, because necessity forced people to face all kinds of danger just to obtain a little wheat and above all to satisfy the merchants in Ampezzo who arrogantly waited for their share of butter”. These conditions gradually improved towards the end of the 19th and the beginning of the 20th centuries, with the foundation of two social dairies and the Sauris Co-operative Union of Production and Consumption (1920), that enabled the marketing of products on a wider scale as well as importation at more advantageous prices. 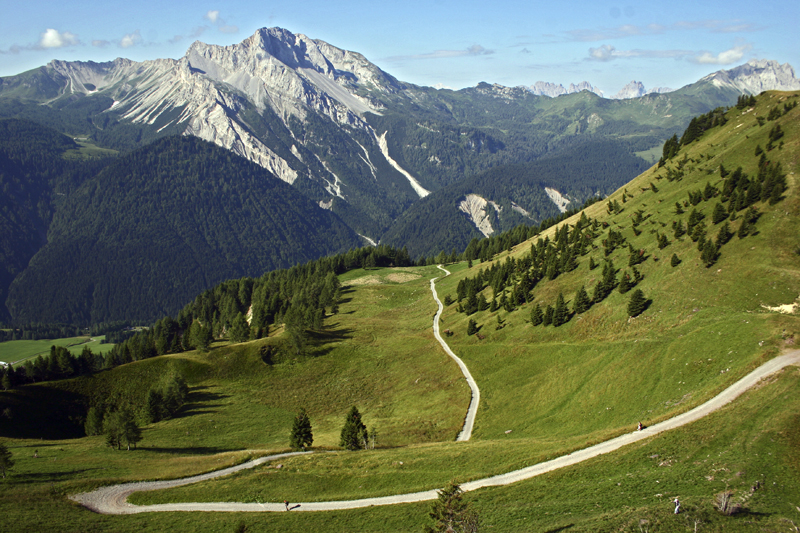 In 1420, the Friuli region came under the domination of the Republic of Venice. From that moment onwards, also the woodlands in Sauris were widely exploited to procure timber for the lagoon city arsenals. The activities of de-forestation, transport and woodworking became employment opportunities, requiring labour to be called also from other towns. So, in addition to the original families, other inhabitants came to live in this area, as can be seen by the surnames that were not of Germanic origins.
During Venetian domination, the great demand for timber that the lagoon city required for its arsenal as well as for other purposes drove the Serenissima Republic of Venice to regulate the use of the woodland heritage in the provinces it dominated. In the Carnia area, 47 woods were outlawed, exclusively reserved for the Venetian arsenal and subject to inspection by officials. In the Sauris area, there were three outlawed woods. 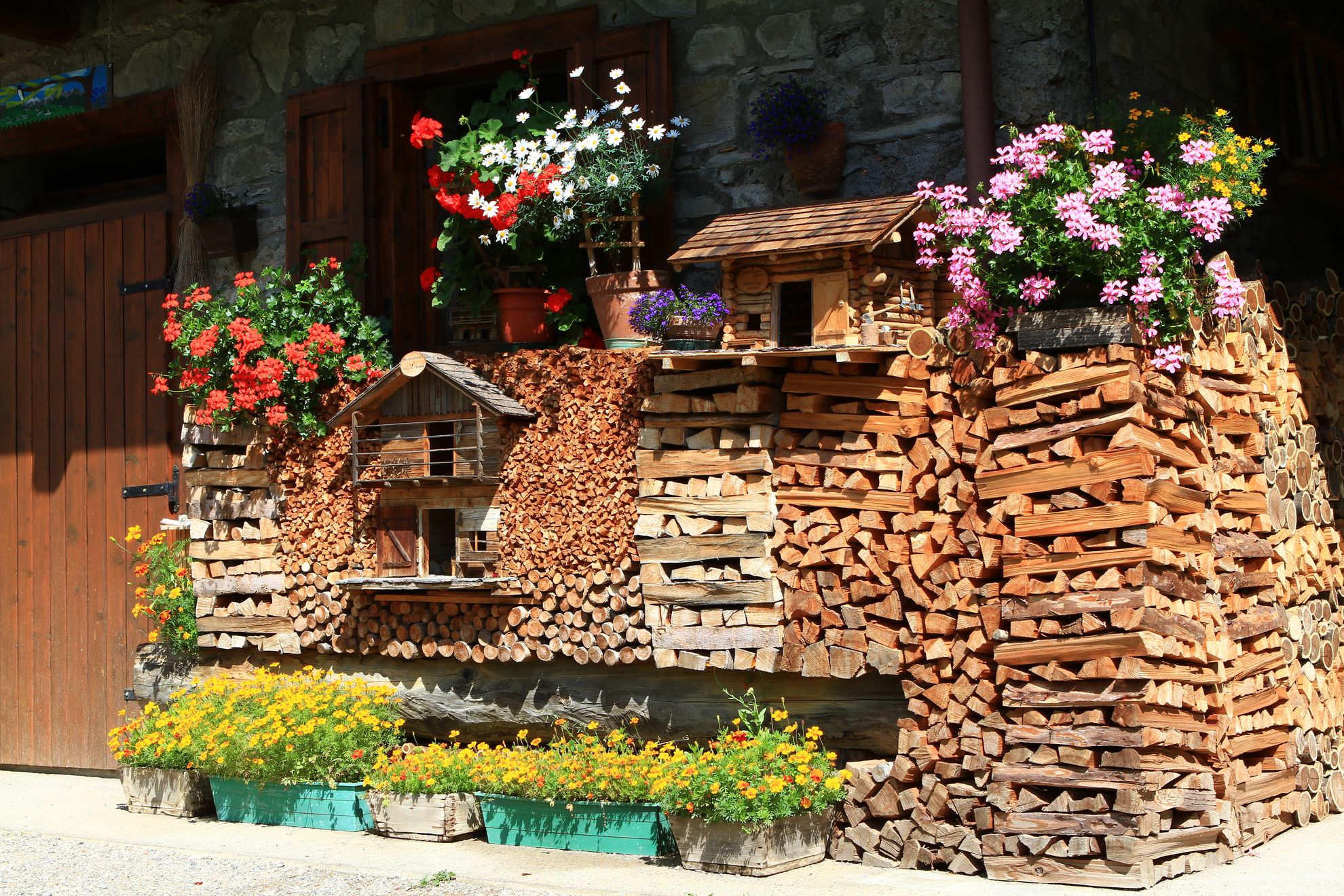 One opportunity to come into contact with the outside world was also represented by seasonal emigration. To make ends meet with a meagre family budget, over past centuries, many men went to work outside the local area, from autumn to spring, returning in summer to help with work to be carried out in the fields and during the haymaking season. They went to work as weavers and tailors in the plains in the Friuli and Veneto regions, or as woodcutters or carpenters in Austria, or as bricklayers in Germany, Switzerland and France. 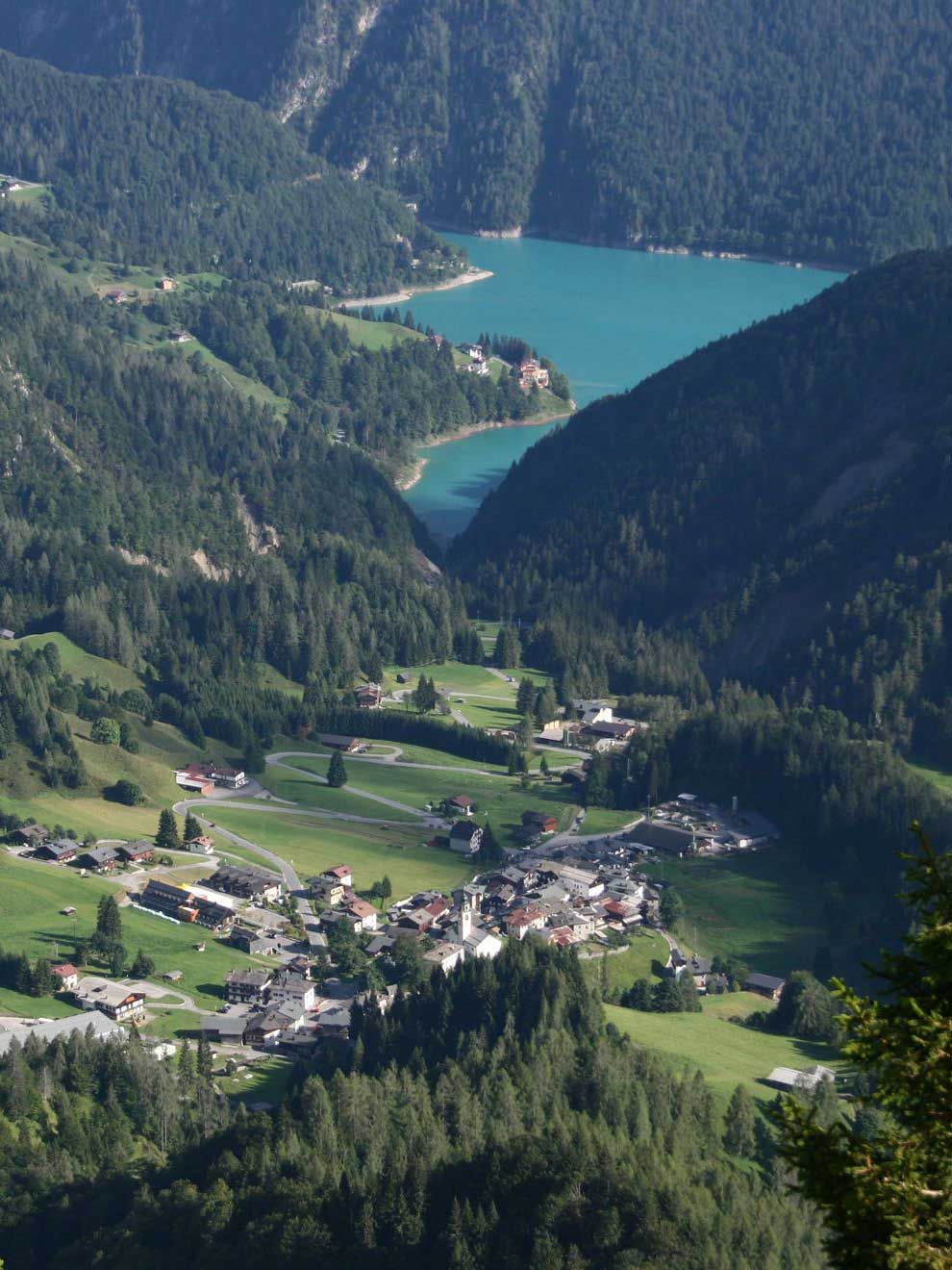